Why I LOVE the Sport of Triathlon Yesterday, Chris and I did the Marble Falls Triathlon in Marble Falls, Texas, about 90 minutes north of San Antonio. It is on the Colorado River amongst hills and of course, Texas in July: Humidity! It is a perfect getaway from the city life. It is perfect! I wasn’t sure what to expect for this race, as I was out of town all last week. I was getting workouts in but not up to my normal caliber. I knew I wanted to get away from the “norm” world, and enjoy a weekend with my husband.

Something came to me as I was running on the race course among the Sprint and the Olympic distance triathletes.

Triathlon brings lives and community together

I saw SO many people who were there to have fun, compete, and learn a little bit more about themselves. I saw people who were racing, and they did their first sprint triathlon. Saw someone else who was probably doing his or her 100th triathlon. I saw all colors, shapes, sizes, and ages. For example, a 13-year-old kid WON the Sprint Triathlon. About 31 minutes later, we saw an 81-year-old male athlete.

Something really stuck out to me as I was finishing my race.  I was running my 7:41/mile for 4.4 miles. I was at mile 3.5 and I thought to myself,  “Man, does this hurt. I am breathing hard. This is uncomfortable. My body is hurting. Can I push it more to the finish line?”

At that same time, I saw a gentleman doing the sprint. He didn’t look like your “typical” triathlete. He was walking. Talking to himself. I can’t read his mind but he was probably saying, “Man, this hurt. I am breathing hard. This is uncomfortable. My body hurts. Can I push to get to the finish line?”

A light bulb came on for me this morning:

Racing/Doing a Triathlon hurts for EVERYONE, but triathlon brings the community together.

Whether you are male or female, 14 years old or 81 years old, tiny or large, short or tall, beginner or an elite athlete, it will hurt. You will be breathing harder if you are not in the best shape or you are trying to race hard.  It will be uncomfortable when you start, and when you figure out how to go fast. Your body will hurt if it’s your first triathlon or your 100th triathlon. Guess what though: You can ALWAYS push more to the finish line. Your mind can play tricks on you, but you won’t quit. I won’t let you! So, “Why do I LOVE the Sport of Triathlon?”

It brings a community of people together. It doesn’t matter your race, color, age, shape, or size. It gets people wanting to have a healthy lifestyle. It gets people moving. We come together as a community, wanting the same goal, and having the same passion. We love what it does for us individually, but we also love what it does for us as a community. It pulls people together as one group; we haven’t had that in the news lately. I guess triathlon has done that all along. 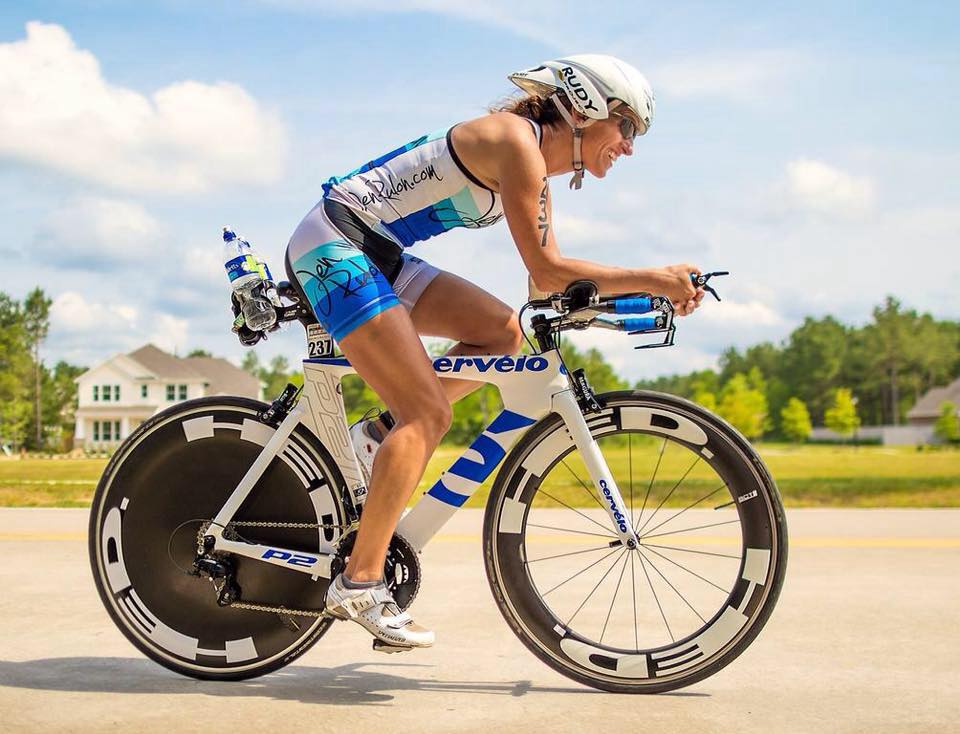