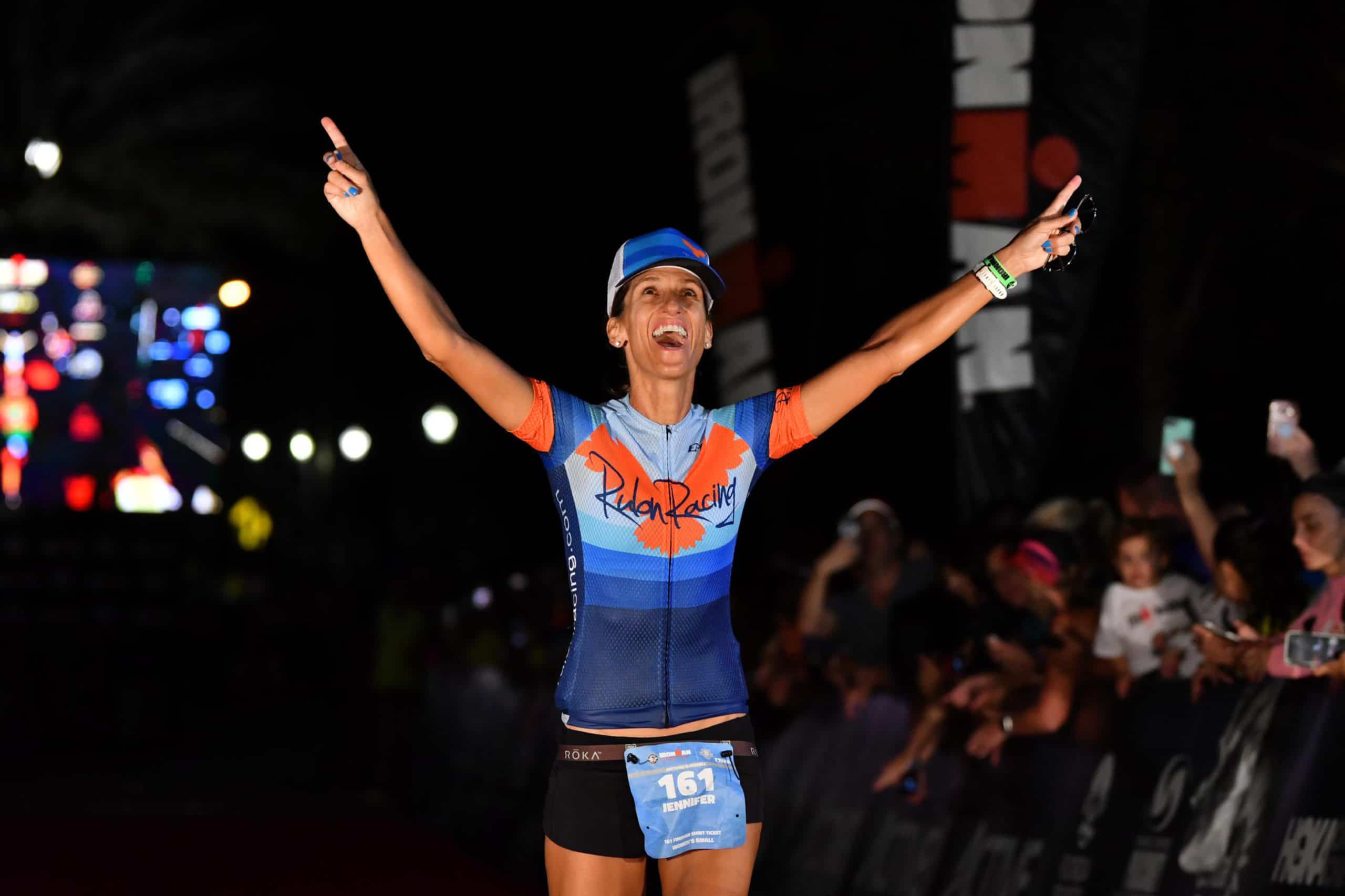 How do you qualify? You have to be among the top five finishers in your age group in an Ironman race, but even that doesn’t mean that you’re guaranteed to get a slot. Let me explain more about the process. There are only a certain number of World Championship slots available for the Ironman Triathlon, in large part because there are only a certain number of slots for bikes on the pier in Kona, Hawaii. When I first started doing Ironman triathlons the competition was fierce, but not like it is today. There were also fewer races in which you could qualify, but you were able to use either an Ironman 70.3 Triathlon (1.2-mile swim, 56-mile bike, and a 13.1-mile run) or a full Ironman Triathlon.

There are approximately 1,800 to 2,000 slots available. In 2017, there are over forty Ironman Triathlons being held, and numerous Ironman 70.3 Triathlons. The only races you can use to qualify for Kona, Hawaii are Ironman Triathlons (There are some exceptions to the rule but they’re hard to take advantage of unless you want to head to China). As more and more races are added, there are fewer and fewer chances of getting one of those slots.

In 2016, I placed in the top five finishers in my age group at Ironman Florida. I placed 4th in my age group. I was elated! When I finished that race, I had NO IDEA where I was. I had raced my heart out and become “fearless.” (See Chapter 9) The next morning, I got to go up on the podium to get my award and shake hands with the other amazing women who finished with me. That was when I learned there were only two spots for Ironman Hawaii and that the first two ladies to finish in my group were going to take them. If the first chose not to take it, the opportunity would have rolled down to the third-place finisher, who had already stated that she wanted it. I’d placed 4th. FOURTH PLACE, and still no slot to the World Championship in Kona, Hawaii.

After everyone had left I called Chris (hubby and Silent Partner of Rulon Racing). When I’d left for Florida I’d told him that I wanted top 5 and that if Kona was offered to me, it would be the cherry on top. I broke down. I was sad, heartbroken, and frustrated. I’d given it all that I had. It hurt, not only physically but mentally. That Sunday, I grabbed a big bacon cheeseburger, fries, and a drink and I laid down at poolside. I did some serious soul searching. I figured it all out while laying there that day. I told myself that I was ONLY one step closer to achieving my Kona goal, so I needed to move my goal. Maybe it won’t happen this year or the next, but it will happen. You can mark my words.

You have two options to live the life that you want to live in. How are you going to live?

1. The Easy Route – Live day by day. Mundane. No ambition. No desires or dreams.